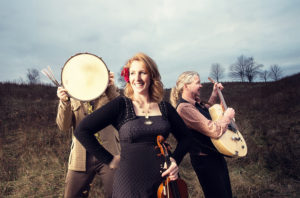 My Sweet Patootie and Alicia Toner

Do you remember the local band, Tanglefoot?  Well, two of their members, Terry Young and Sandra Swannell along with drummer, Paul Clifford have formed, My Sweet Patootie, a contemporary roots and ragtime band.  They are high energy, lots of fun with great toe-tapping music.  They have performed across Canada, the States and the UK.  Yet they come from our own Grey/Bruce!  They’ve just released their latest album, Pandemonium in August 2016.

Opening for them is, Alicia Toner, originally from New Brunswick and now making PEI her home. We’re lucky she is in town to be able to perform at our opening night.  She is the ultimate “triple threat” (what we call someone in theatre who can sing, dance and act.)  Alicia is that and more as she also plays several instruments including the fiddle.  She has performed in over 30 theatre productions across Canada and Europe.  Now concentrating on her music career, she is releasing her first album in June 2017.

Check out their Event Page for more information.